The Canadian Hearing Institute is pleased to offer the newest in technological advances for those with a hearing loss:

TV Connector – The easy to use streaming device for TV and music.

The TV Connector is a simple plug and play interface to TV’s and other audio sources, supporting the direct connectivity of Paradise, Marvel and Audéo B-Direct hearing aids. It is designed to simplify the setup and usage. It’s just like using wireless headphones. With AirStream™ technology it delivers top rated sound quality streaming from any TV and stereo system¹. The TV Connector can simultaneously stream audio signals up to 15 meters to an unlimited amount of connected hearing aids.

Phonak PartnerMic™ is a discreet and easy-to-use microphone optimal for one-to-one conversations in noisy environments. Attach it anywhere onto your partners shirt, blouse or jacket without having to worry about the positioning. Thanks to Phonak AirStream™ technology, speech is streamed to your hearing aids without an additional device.

Roger On™ – Experience the hearing performance 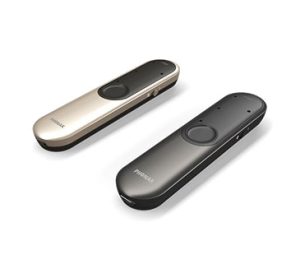 Roger On is a microphone dedicated for all conversations that occur in background noise and over distance. Roger On iN has the capability to install Roger receivers directly into a pair of Sonova hearing devices with RogerDirect™. No need to attach an external receiver.

Roger™ Touchscreen Mic – To pick up speech from a group 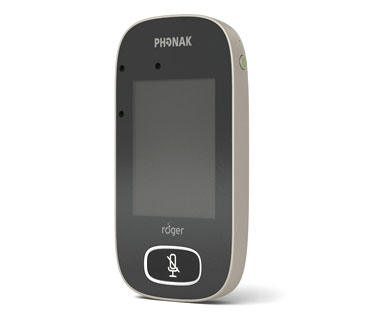 Simple and intuitive microphone for the teacher to wear around the neck or place on a table to pick up speech from a group of students.

Active participation in the modern classroom

In order to fully participate, every child needs to hear not only the teacher, but also classmates and multimedia devices within the classroom.

Roger Table Mic II – Focus on work rather than on hearing 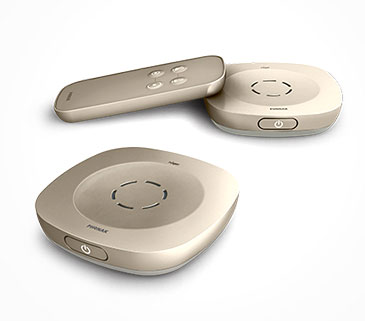 Roger Table Mic II is a microphone dedicated for working adults who participate in various meetings. It selects the person who’s talking and switches automatically between the meeting participants. Multiple Roger Table Mic II can be connected to create a network, making it ideal for large meeting configurations. It can also transmit the sound of multimedia e.g. a computer.